You can find a user’s API key under Admin Tools -> Users. Click the edit 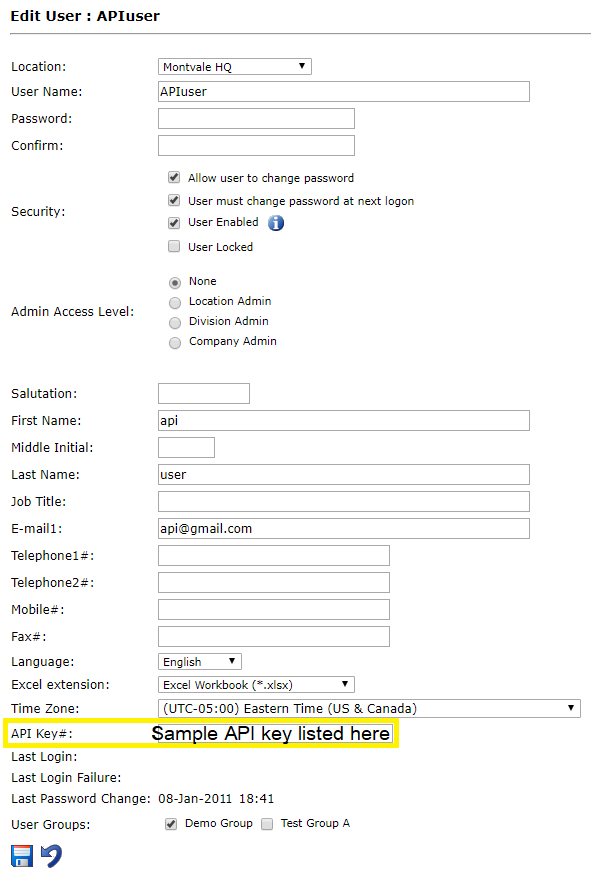 Practically speaking, this allows for customers to create customized data dashboards and andon displays as needed using ei3’s secure API calling system. Using the ei3’s Customer Portal as an example, a user can create API calls to request specific data (machine speed for example) from ei3’s data collection servers. When the correct ‘key’ is provided (as per a user’s unique API access key) the server ‘unlocks’ the requested information and sends it along to the end user as requested.

A coded  API ‘key’ can open a virtual door for the ei3 API to provide allowed information to the end user.  It’s actually a long set of numbers and letters that keeps information secure.  But anyone with valid ei3 API key can retrieve the information they have permissions for.  For convenience, all users can create their own API keys for permitted machines.

Users who create API keys should be aware that their keys will only work as long as their user account is enabled.  For a more permanent key, it is possible to create a system key, something that can only be done by administrators.

For more information on API keys and access, see this article.