Recipe allows you to create preset machine variables specific for certain jobs, which can be saved and uploaded to specific machines when necessary to easily set machine specifications based on what is being produced. 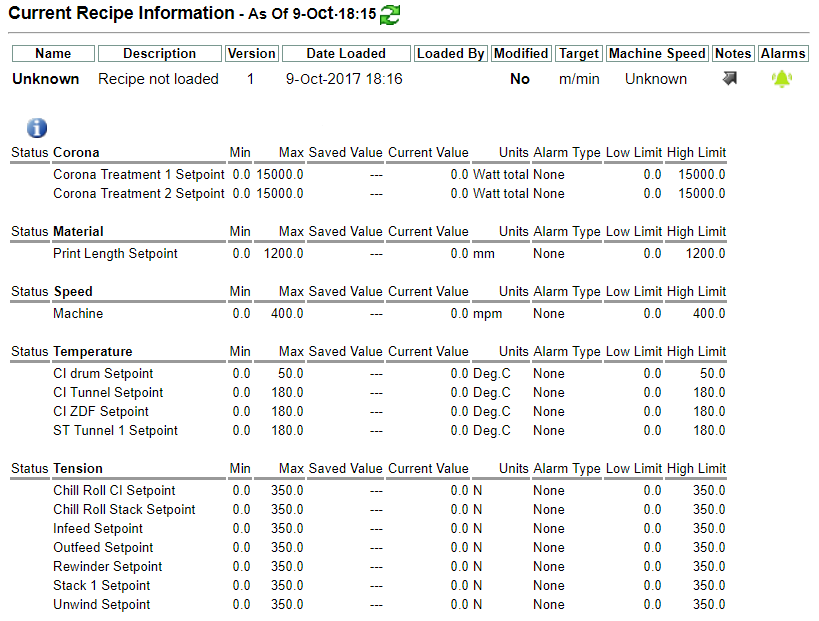 See this article for details on setting up Recipe alerts.